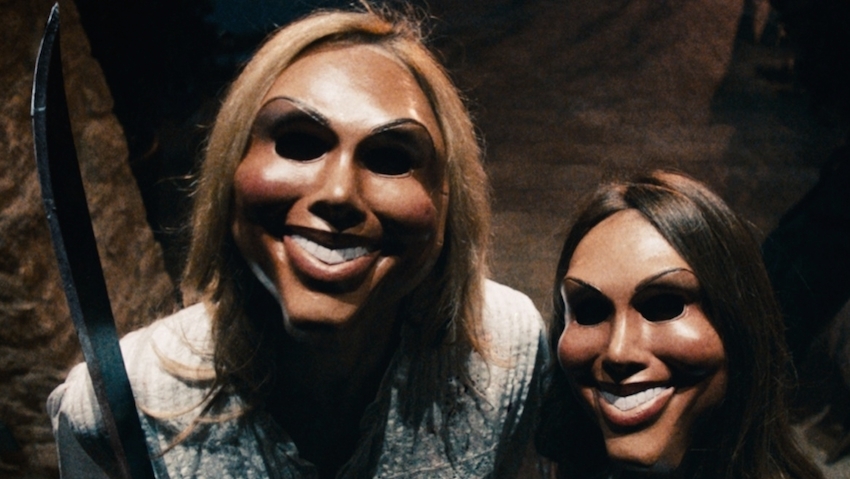 Several people have already lost their lives to wild teens re-enacting The Purge movie into real-life.
This is so tragic and stupid, but you know people do dumb things! I really hope this ends now.

This weekend could possibly see a real-life version of the popular film The Purge being carried out by people seeking to emulate the movie. Details have emerged about the threat of a real scenario based on the film, and there have multiple fliers threatening purges around the country as well. The so-called Louisville, KY purge is scheduled to begin this Friday night and continue until Saturday morning. This is according to fliers that have been posted at various locations around Louisville. The rumors began on social media, specifically Twitter, with the threats flying around the site, which is most popular with teens. Police quickly took notice and, while they hold out hope that the whole thing is a prank, they say the promise of a real-life purge is no laughing matter. 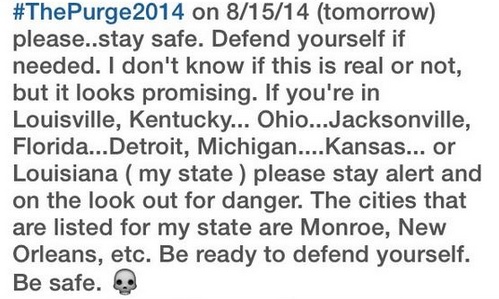 They are taking all of the threats coming in extremely seriously, and will be focusing on the locations being mentioned. Some of the purported locations for the violence this weekend include the Kentucky State Fair, high school sports events and a Katy Perry concert. The Louisville purge is set to begin at 8:30 p.m. on Friday night and end at 6:30 a.m. Saturday morning.

The Purge is a fictional movie that involves a government-sponsored night where no laws are in effect. Everything is legal, up to and including murder. It is supposed to be a twelve hour period in which people can commit any crimes they want to without fear of punishment. While the threat of the Louisville purge might involve some actual attempts at violence, whoever is planning on participating can rest assured that this night is not government sponsored, and absolutely no reprieves will be given to them. Police are not happy about the threats and plan on prosecuting anyone engaged in illegal activity to the fullest extent the law will allow.

Within the last several months, Louisville has seen an uptick in violence, possibly inspired by the new sequel to the original 2013 Purge film, The Purge: Anarchy, playing currently. Several months ago, a man was brutally attacked by a gang of teenagers as his wife and grandchildren looked on.