The True Story Behind Annabelle Will Probably Give You Insomnia - shockable

Meet Annabelle. She is real.
Feel free to scare the sh*t out of someone by sharing this post. 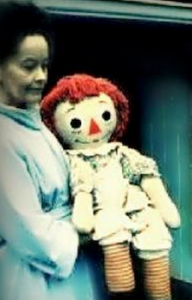 In 1970 Donna’s mother bought her a Raggedy Ann doll for her birthday. Donna was just about to graduate with a nursing degree and lived in a small apartment with her roommate Angie. The house was also frequently visited by their mutual friend, Lou. 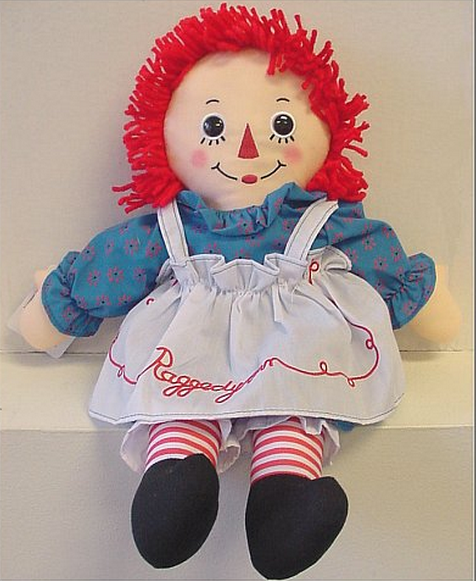 A few days after she was brought to the apartment, Donna and Angie began noticing peculiar things about the doll. For instance, it would change position on its own. It was subtle movements at first, but soon there came a day when Donna and Angie would leave the house with the doll on the couch, only to return to find her on Donna’s bed with her bedroom door closed. 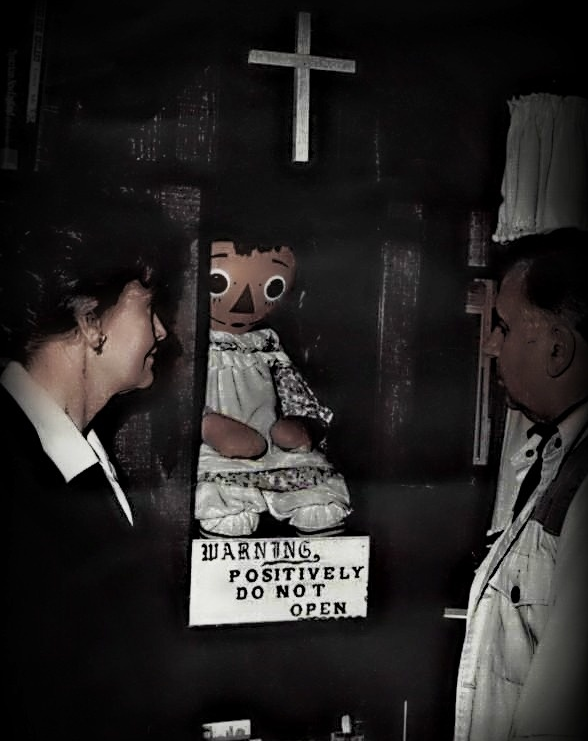 Their friend Lou was utterly creeped out by the doll. It began as a joke, but soon Lou became convinced that the doll was evil, telling Donna she should burn it, just to be sure, but Donna and Angie just mocked him. At least until Donna began finding little messages lying around the house written in a mysterious parchment not typically found in this century. “Help Lou” read one.
Read similar story: The Real-Life Purge [from movie] is Coming to Your City 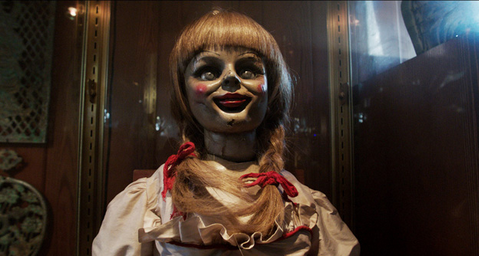 For many nights Lou kept having a recurring dream about Annabelle crawling up his leg to his chest and strangling him in bed. Then one morning Lou was over because him and the girls were packing to go on a road trip. Suddenly some rustling was heard in another room and Donna feared someone was breaking into her home. Lou cautiously entered the room to investigate but only found Annabelle lying in a corner. As he grew closer to doll he felt as though someone was behind him so he darted around but nobody was there. Then a deep pain began emitting from his chest and he was doubled over in pain, bleeding. 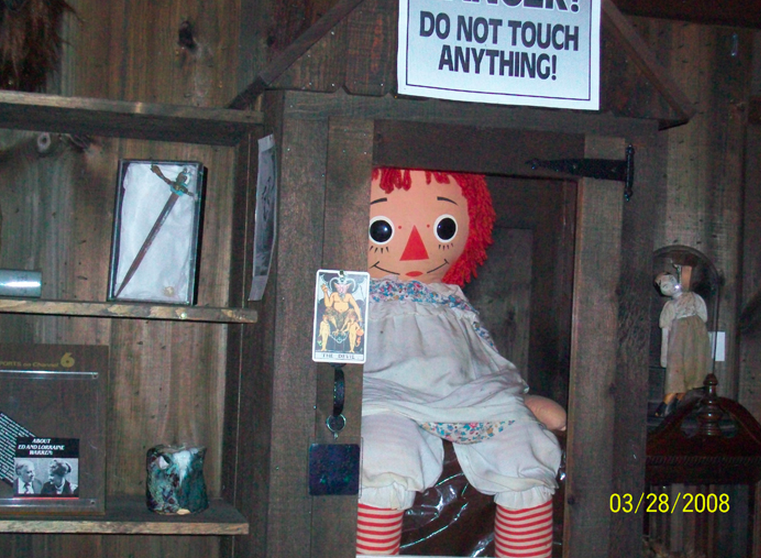 Ed and Lorraine were called in to investigate the doll. Based on what Donna told him, Ed concluded that the doll wasn’t possessed, but was instead manipulated by a demon in order trick human prey into being its carnal host. An exorcism of the doll was performed by Father Cooke and the demon was no longer tied to the home. When the Warrens drove the doll to their home, however the demon would pump the brakes and veer the car to the side of the road the whole way. And even when they got it inside it would levitate and appear in rooms it was not meant to be in. The Warrens decided to imprison the doll in a special box to keep it’s restless demon dormant and there it remains to this day.